ADVENTURING TO A NEWFOUNDLAND OUTPORT

ADVENTURING TO A NEWFOUNDLAND OUTPORT

Examining a map of Newfoundland, I noticed some dashed lines curving out over the Atlantic Ocean and paralleling the coast. One of these lines led out from the remote port of Burgeo, on the south coast, and looped along the coastline, stopping at a few tiny and isolated communities. I wanted to experience one of these outports, which are connected to the rest of Newfoundland only by a small ferry, so we made plans to visit the village of Francois in the middle of February.

The first leg of the journey was the drive to Burgeo, a fishing village accessed by Route 480 from the Trans-Canada Highway near Stephenville. The wild and beautiful landscape was covered with deep snow, and the conifers were magically encrusted with a thick layer of hard snow so that, in places, they looked like snow elves. We kept our eyes alert for Woodland Caribou, but didn’t see any on the drive. When we reached Burgeo, we stayed at a small motel that would be convenient for catching a ferry the next morning.

We packed what we would need for the trip in two suitcases and left the rest in the car, since we couldn’t take a car on the Marine Voyager ferry. These communities have no roads and no cars, so all that is needed is a foot ferry, albeit one that can carry enough cargo to meet a small community’s daily needs. We walked up the ramp on the ice-covered boat, then descended into a room for the passengers. Comfortable seats, round portholes, and a soap opera on the television – what more could we hope for? We paid our fee of $6 per passenger, which was clearly subsidized by the government, and settled in for our sailing along the coast.

There were only a couple of other passengers, and they lived in the villages of Grey River and Francois (a French name Newfoundlandized to “Fran-Sway.”) We were invited up to the bridge for a front-row seat and visit with the captain, who was a lifelong resident of Francois. One of the other passengers, a younger man named Cody who owned a fishing boat, introduced himself to us as well. He was also a lifelong resident of Francois and he told us about the community and what he liked about living there.

Hesitantly we asked the captain if he thought the ferry would be running two days later when we wanted to make our return trip, which would give us enough time to drive back to St. John’s and catch our flight back to the USA. He said this was the first time the boat had sailed for a week because of storms but that the weather looked good for our return trip. We had two nights at Francois and could enjoy ourselves. We had been watching the marine forecast every day for the past two weeks of our trip, trying to find a three-day window of weather when the ferry would be running; there were high winds and high seas every day and then finally the forecast looked good.

The south coast of Newfoundland has a series of fjords, which provide sheltered locations and harbors for fishing communities. The village of Grey River was the first village we came to, and was located partway up a fjord. We motored through pancake ice and past colorful houses to the dock, where about ten people were waiting for the boat. All these people helped unload bread and beer and Amazon boxes full of the stuff a small community needs. Snowmobiles and ATVs were the transportation in town.

We soon set sail again, with no new passengers – after all, who would go from Grey River to Francois in the middle of winter? The sea was rough and it started to snow, and was just about dark when we carefully navigated the narrow fjord that ends at Francois. By this time the wind was howling and the driven snow stung our exposed faces. We didn’t know where our rental place was, but the captain and another man showed us the way and took our bags for us on a snowmobile. We settled into our place for two nights, and ventured outside briefly to get a feeling for the town.

We spent the next day wandering the village along its boardwalks and pathways – remember, there are no roads needed in a town with no cars or trucks. All the houses are connected by these paths. The town is small, but has Sharon’s Place, a grocery and liquor store that is open morning, afternoon, and evening, with breaks for lunch and supper. There is a church that sits above the rest of town, and a large school that currently has six students and one-and-a-half teachers. This must be one of the smallest schools in the world in terms of the number of students! But education also arrives by computer, with courses available to older students online. There is a medical clinic, but no permanent doctor in town. There is a helipad used during emergencies.

Colorful houses are a feature of the town, with red and purple and turquoise tones mixed together in a delightful jumble. In winter some are occupied and some are not, with some people leaving for part of the year for jobs. There are stages along the waterfront: small buildings on stilts where fishermen stored gear and later processed the catch. These are a distinctive and wonderful feature of all the Newfoundland coastal towns.

We walked past one house just as a lady in perhaps her late 70s was leaving the house on this snowy morning to meet for morning coffee with two other ladies who were 84 and 85 years old. We spoke with her briefly, and she told us she had lived her entire life in Francois. There were 89 people living in this little town in 2016, and we met perhaps eight of them – all of whom had lived here nearly their entire lives, except for time spent in the military or going to school. This lady was really concerned about the dwindling population of Francois.

As the snow continued to fall, we met up again with Cody from yesterday’s boat ride when he drove up on his Ski-Doo (the Newfoundland name for all snow machines) and chatted with him about the town. After graduating from the town’s school, the St. Simon & St. Jude Academy, he went to work on his father’s fishing boat. Later, he bought his own boat and now fishes for crabs, lobster, scallops, and sea cucumbers with his wife and up to five crew members.

Cody’s diverse fishing activity is a big change from the past, when the fishery was based upon the seemingly never-ending cod supplies. Alas, every time people think that a natural resource is unlimited, they use it up, and Newfoundland’s fishery was no exception. It was devastated by overfishing of the once common cod, a harvest made possible by technological advances utilized by both Canadian and foreign companies. In July 1992, with cod stocks down to less than 1% of historic levels, the Canadian government abruptly shut down the 500-year old cod fishery in order to try and save the fish. This instantly put 30,000 Newfoundlanders out of work and devastated local communities. In the years since some, like Cody, were able to diversify and found a path to the future. Others found a future in tourism, which is starting to take off in Newfoundland. The cod has since rebounded but the fishery is extremely small and limited compared to the good old days. Just try to get fresh cod in Newfoundland most of the year!

A bit later we ran into another man on the boardwalk who was driving his Ski-Doo. He stopped to talk and told us that he was also a lifelong resident, but he didn’t make his living on the open ocean. He was a helicopter pilot who had worked for the Canadian Coast Guard, but now owns his own company and ferries a lot of people on remote hunting trips, mostly for Moose.

As I mentioned, the houses are scattered all around town seemingly randomly, with no clear lot boundaries. We asked one man about this, and he said that all the houses are built on Crown land, which is government land. People own their houses, but not the land under them.

We met another man driving his Ski-Doo who we had seen shoveling snow off a boat, which turned out to be his uncle’s boat. He works fishing for herring, crabs, lobster, and sea cucumbers. He was also a lifelong resident … are we beginning to see a pattern here? People are born here and live their whole lives here, though with a strong tether by ferry and by the internet and television to the larger world. When we asked Cody about his fellow citizens, he said that most everyone gets along well in town, but over time some people are moving away and the population is getting smaller.

The province of Newfoundland and Labrador has had a decades-long effort to move people away from the outports, which require huge government subsidies for ferry and helicopter transportation and education and medical care. By now, most Newfoundland outports have been abandoned, with the people voting to disband their towns and move elsewhere, but Grey River and Francois have been exceptions. In Francois, the question has come up for a vote twice over the years, but both times it was defeated (the latest in 2013) and the people remained. I understood that if the people voted to move out, the government would pay each homeowner $250,000 to compensate for the abandoned homes. It still could happen, but it is wonderful to see a few of the outports still hanging on against the tide of modernization.

I continued to photograph the buildings and waterfront and falling snow to my heart’s content on this wonderful day, when we talked to more strangers than we usually talk to in a week. Newfoundlanders are like that … they go out of their way to make visitors feel welcome, and we did.

There is even a good story that might be mostly true or wholly true about a German submarine that entered the fjord containing Francois during World War II. It came to quietly get fresh water for its tanks at a waterfall entering the sea. It was on a Saturday night and there was a dance at the community center in town; some handsome but unknown young men showed up who knew little English and who danced the night away with the local girls. The young women apparently thought that these might be Basque fishermen who often fished nearby, and didn’t realize that the men were German sailors.

The next morning we prepared to leave Francois for the voyage back, and the ferry Captain came to retrieve us. The morning showed a bit of sun and good weather for an ocean trip, so we went down to the dock and prepared to leave. The trip back was stunningly beautiful, with morning sun kissing the snow-covered headlands. And we got back in time to make the long drive to St. John’s to catch our flight.

For more stories about Francois, go to:

What Happens When the Ferry Can't Sail

The Fishermen of Francois 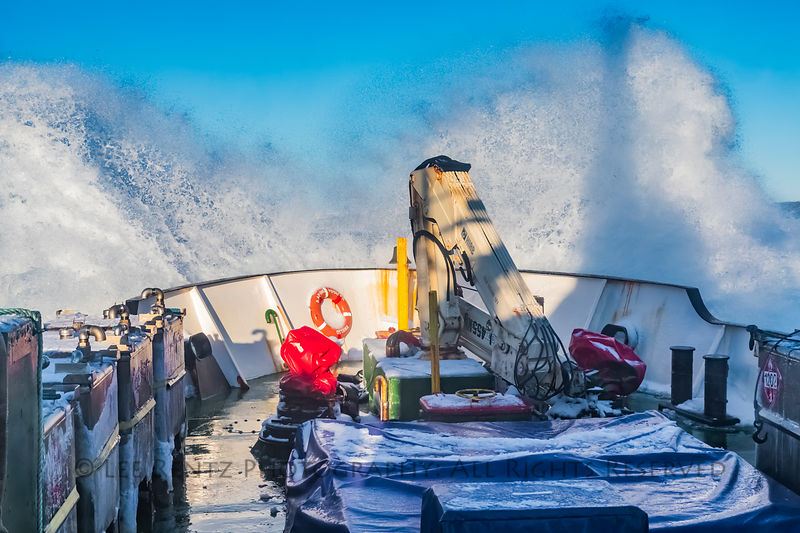 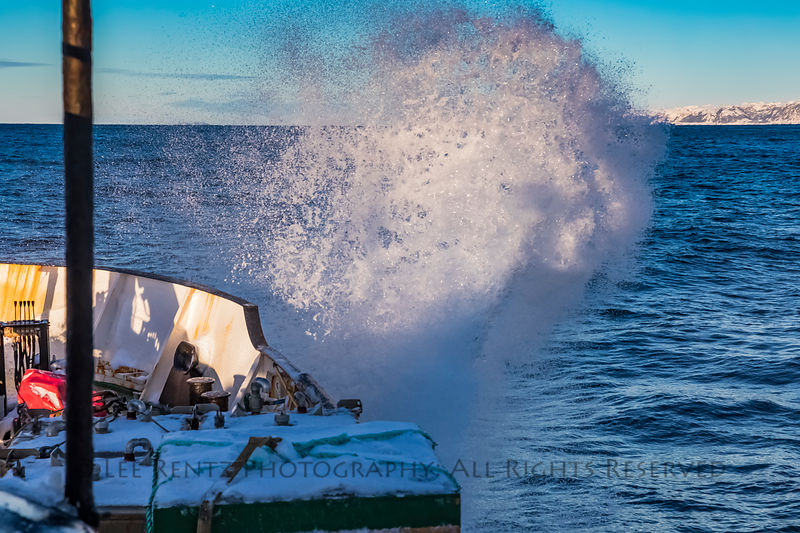 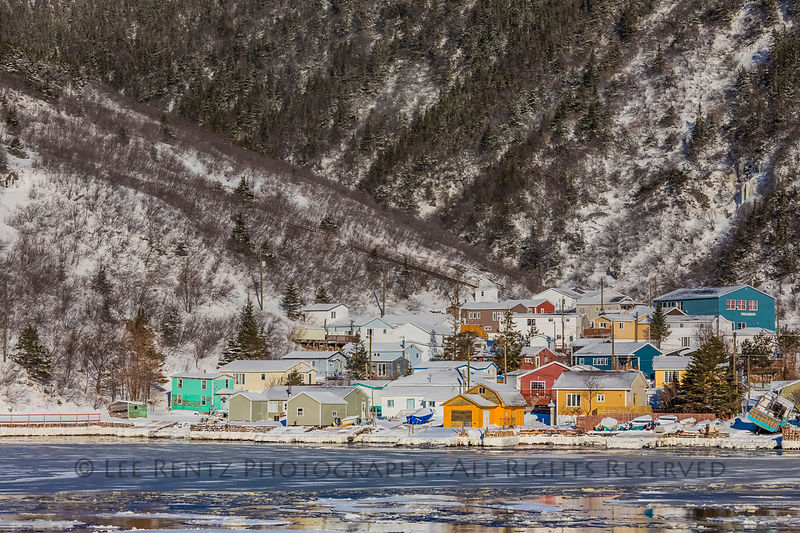 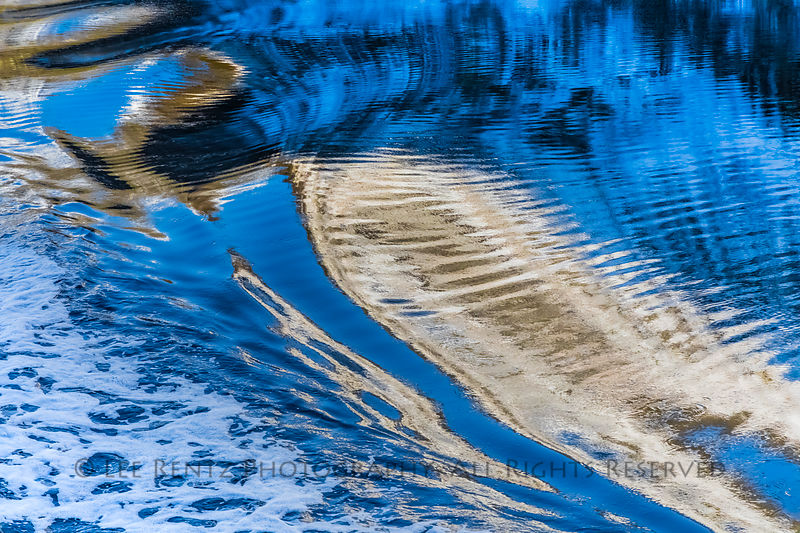 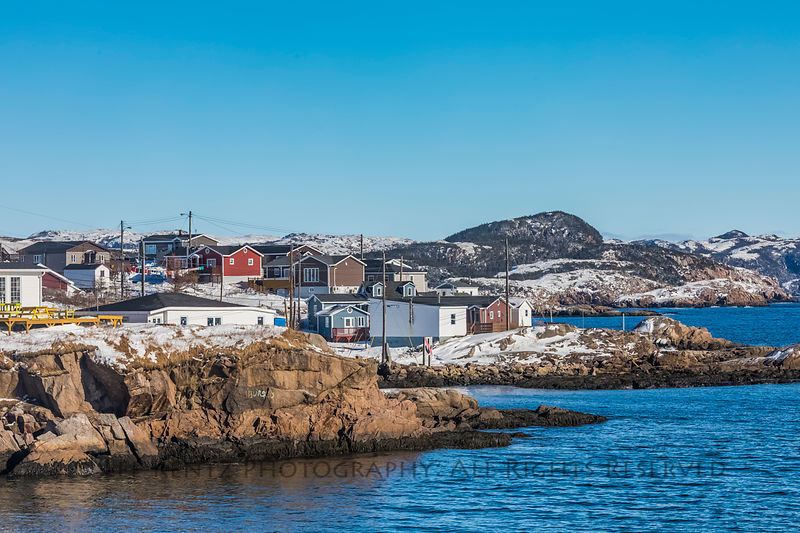